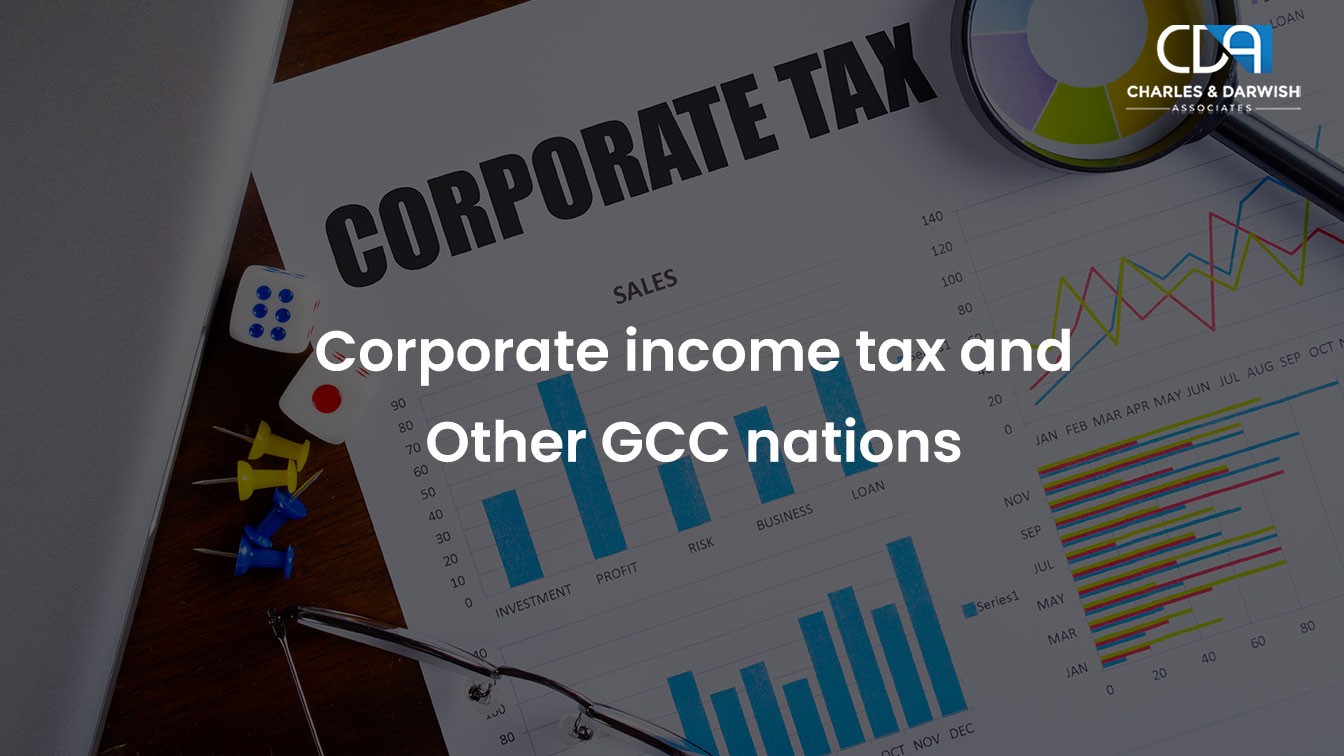 The tax rates of different nations in the Gulf Cooperation Council are as follows; During the G7 countries meeting in June 2021, the G7 countries entered into an agreement where they introduced a global minimum corporate tax of 15% which was signed by 132 countries. Most of the Gulf Cooperation Council countries maintained a low or a zero tax rate to attract foreign direct Investments, However, several reforms have taken place during the creation of new revenue streams in these Gulf Cooperation Council countries.

The United Arab Emirates opted for a 9 percent corporate income tax rate to reduce the impact of the direct implementation of 15 percent which was agreed in the Global minimum corporate tax rate, which would, later on, help the country by allowing it to reach 15 percent with minimal impact on the business operations and also implementation of cooperating income tax can help the business entities in the United Arab Emirates to have high standards for the operation of a business globally.

In Comparison with other GCC countries, the United Arab Emirates has kept a low base of 9 percent which helps in the attractiveness of businesses. While Bahrain is the only country that has not yet implemented the corporate tax. Among the other 6 Gulf Cooperation Council countries, Saudi Arabia has the highest rate of 20 percent, followed by Oman and Kuwait with 15 percent and Qatar with 10 percent.

The tax rate is 10 % of the company's total state income which is being paid annually, this is a fixed grade that applies to the business operations but not to the personal income of the person. Business expenses and the losses can be rolled over for a period of three years and not longer than from the original accounting declaration, rental incomes are also subject to 10% of the corporate income tax. The tax exceptions can be on public treasury bonds, development bonds, and Public Corporation bonds

The corporate income tax rate of Saudi Arabia is 20 percent of the net adjusted profit and zakat is charged on the company's zakat at a base of 2.5 percent.

It has been seen that income from the oil and hydrocarbon production is subjected to a tax rate of 50 to 85 percent and the tax base of the person who works under the natural gas investment should have an independent tax base related to their other activities is subjected to income tax.

Corporate income tax is levied on the net profit earned from the business operations which is amounting to 15 percent. There is no personal income tax imposed in Kuwait. The new tax law stipulates a flat rate of 15% instead of the current rate, a range of 5% to 55%, depending on the earnings above KD.5,250/-. The 15% tax will be levied on the income of any entity carrying on a trade or business in Kuwait, regardless of where the company is incorporated.

In the United Arab Emirates corporate tax is applied as follows

The introduction of Corporate income tax helps in the sustainable future of the individual countries' economy which will help in enhancing corporate governance with the best Global practices by strengthening the economy. We can see that the United Arab Emirates has ensured to retain its position as a competitive place to conduct business if we look at the corporate tax rate of  9% compared to other countries. If we look into the Corporate Tax rates of other countries we can see that France has 26.5 percent, the United States has 21 percent, and India has 25 percent up to Rs. 400 crore gross turnover and 30 percent above for Gross turnover that exceeds Rs. 400 crores etc. But when it comes to large multinational companies operating their business in the United Arab Emirates will have to pay a global minimum corporate tax of 15 percent which is in line with the Pillar Two of the OECD Base Erosion and Profit Shifting (BEPS) project, which has not yet been officially announced by the ministry of finance.

Read more: The role of corporate governance and effective internal controls in the existence of business

The Gulf Cooperation Council countries remain attractive for foreign investments due to the favorable tax rates in the countries of these regions and also their geographical location too attracts The Global Investments. Before the implementation of corporate tax, there were wide ranges of government fees and levies imposed for the revenue of the country throughout the Gulf Cooperation Council Nations. Business entities that have been related to the extraction of natural resources are exempted from corporate tax but it is subject to, for example, businesses that have been related Extraction of natural resources like oil and gas are exempted from corporate tax but are subjected to Emirate level corporate taxation up to 55 percent in the United Arab Emirates.

Hence we can conclude that the United Arab Emirates is a better place for Attracting Global Investments as it has the lowest corporate income tax rate compared to other Gulf Cooperation Council countries. The Best Ways to Simplify and Optimize You... Risk of Money Laundering to which Dealers... 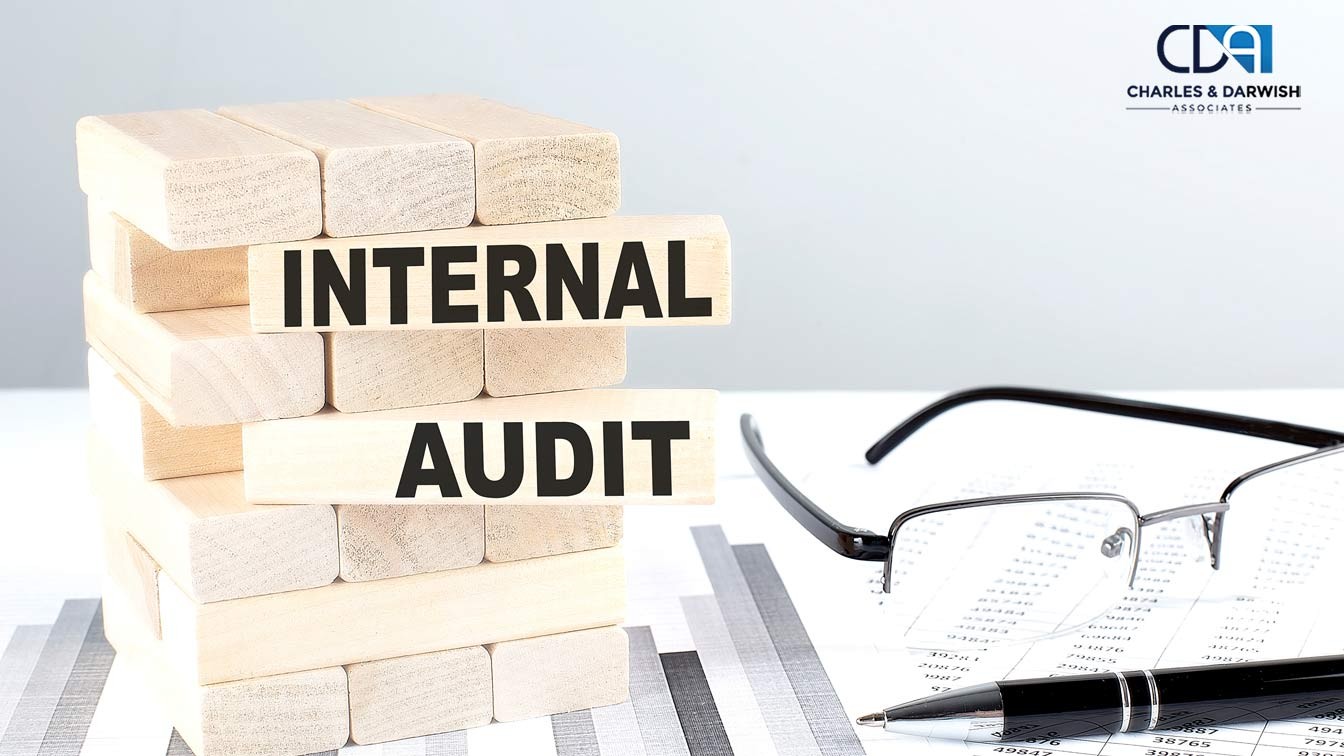 Importance of an Internal Audit & How to D...
Popular Blogs

Tips for developing and improving a...

What Are the Steps Involved in a Ri...

Few Tips to Survive Your Financial...

A Complete Guide on the Role of a F...